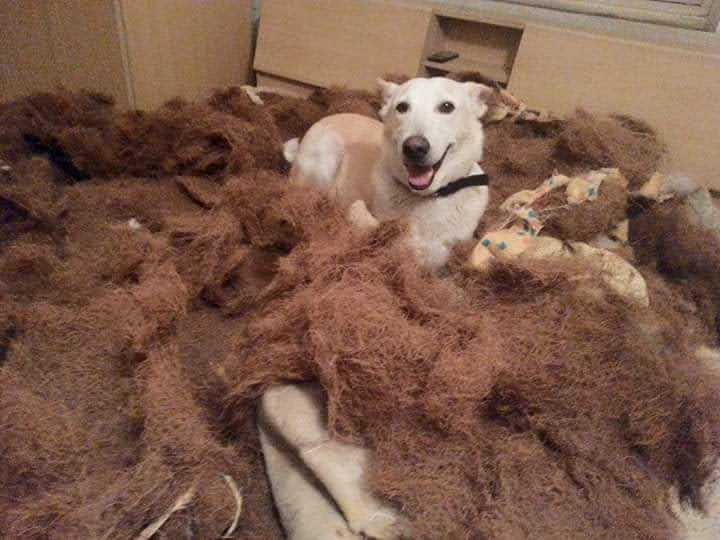 Home A gift from Guchguch
bblog

March 2016 was total chaos. Guchguch, who lived on the streets until then, was diagnosed with cancer at the age of thirteen. I was to submit my research work (that was as dear to me as my children) and then I had a fracture on my right wrist. I broke down one evening as everything was going out of hand. Ronaldo picked me up and inspired me (he was on three legs) to take up writing from my left hand. A fortnight later, Guchguch underwent a complex surgery. He then developed near-fatal post-op complications, but survived, thanks to Butter’s timely warning. It was a long road to recovery for Guchi, I had to steal time in between and finish work at my own slow pace with only the left hand functional. It was a physically and emotionally tiring period.

Guchguch decided to reward me for all the hard work. One day when I returned home, my pillow was on the floor. “Did it self-explode, Guchi?” I asked an innocent Guchguch who was beside the torn pillow. The following day, the replaced pillow met the same fate, again to an ‘I-do-not-know-how-it-happened’ expression from Guchi. However, that was a mere curtain-raiser performance. What followed the next day, left me shocked and amused at the same time. I returned home and opened the door to an over the moon Guchguch. He jumped around on the bed to show what he had made out of the mattress on my bed. His face glowed for the feat he had achieved. He then barked, “See what I made for you, Maa.” To this day, the memories of the antics of the sun of my life bring a smile.

Dharamveer was lost to a road hit, please give animals a BRAKE!