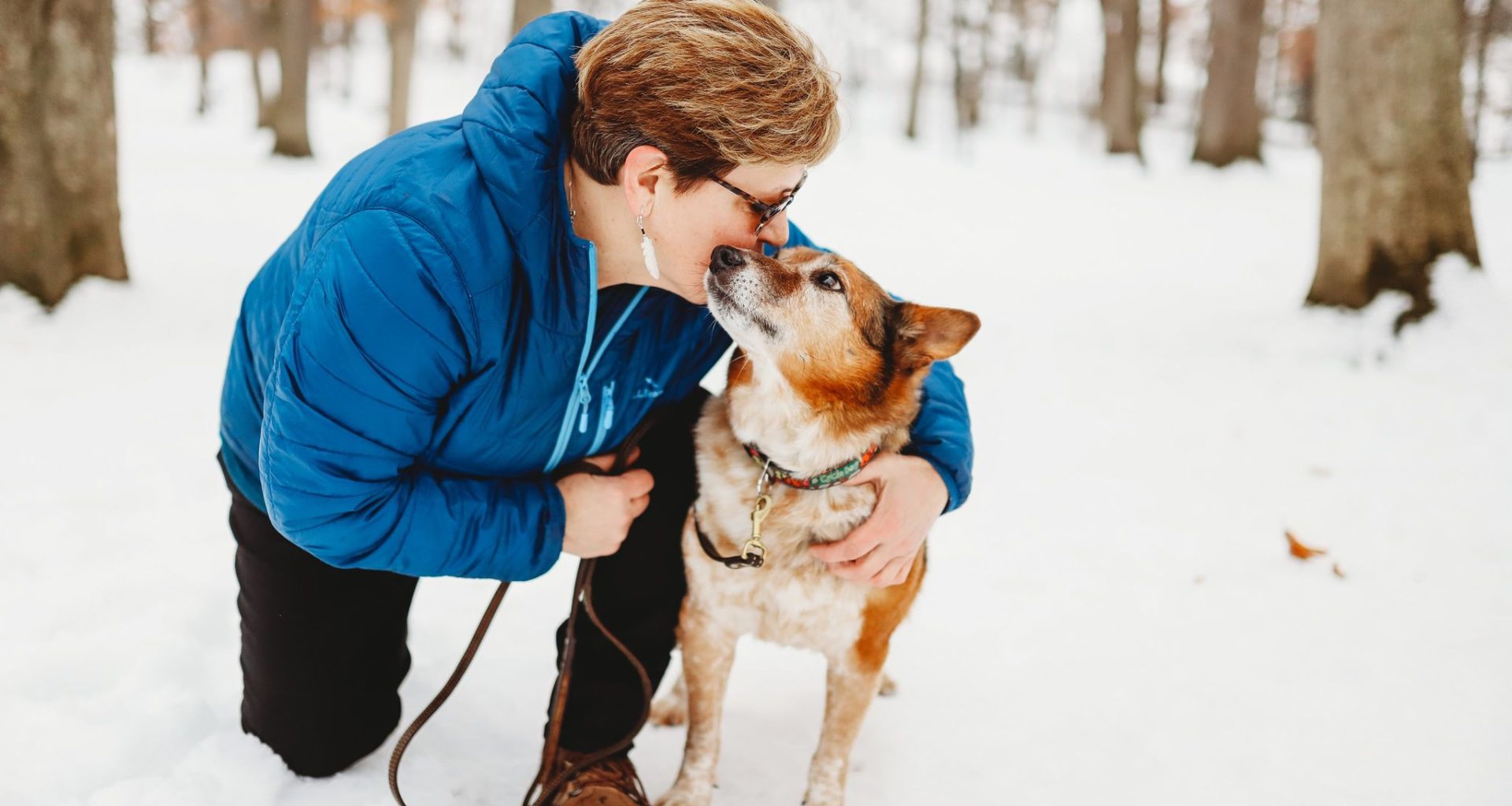 Home Cardinals Appear When Angels are Near
ffond remembrance

When my dog Chase, a red-and-white cattle dog/collie mix, and I were younger, we participated in many activities, including obedience, agility, Rally, herding, and tracking. Chase was smart and would do anything I asked of him. But wherever we went, he wanted to connect with people more than anything else. Since he enjoyed meeting people the most, I decided to complete the training for Chase to become a therapy dog, and we earned our certification as a PetPartners team. His favorite activity was volunteering at the local library where the kids read to him.

Chase was a sensitive soul, yet at 15 years old he had survived cancer twice and had proven himself to be tough and resilient. He had a hearty appetite and still enjoyed his daily walks with his dog friends as well as our monthly volunteer visits at the library.

Chase’s demise came on quite suddenly, without much time for me to prepare for his loss. On a sad day in February, he began vomiting. Bloodwork showed that his liver values were way too high. His abdomen was tender and an x-ray showed a large mass displacing his stomach and other organs. Due to this tumor, Chase couldn’t absorb medications well, and this time there didn’t appear to be a cure for his condition.

So I took him for one last walk down the block and back. Then my two other dogs, Cayenne and Herbie, my cat Junipurr, and I spent a sunny Thursday afternoon with Chase by the front window, where he had always kept an eye on the neighborhood. Chase rested quietly, and that evening we said goodbye to him as his spirit took flight and left his failing body behind.

The next two days were still and uneventful as we carried the heavy weight of grief over losing Chase. I wondered when and how I would receive a sign from Chase that he was okay.

Saturday morning started out gray and dreary. Suddenly, the sun appeared, bold and bright, and I was drawn to the front window to bask in the sun for a few minutes. A lone, bright-red cardinal sat in the hawthorn tree in front of the window. The feeders were empty of the other birds that had eaten there all morning, but the cardinal wasn’t eating. He was just sitting there, tilting his head back and forth and looking toward the window.

The dogs and cat followed me over to the window, and we sat there for a while with the cardinal. He looked cold, with his feathers ruffling in the breeze, but Chase had never minded the cold, and we felt his spirit there in the striking red bird. It seemed like he wanted to check on us and look in the window where we’d spent time together in the sun on his last day with us. We sat there looking at each other and feeling Chase’s spirit for a few minutes before the cardinal flew away and the other birds returned to the feeders.

I wasn’t expecting Chase to visit as a cardinal, but I have no doubt it was he. My bright, red dog had returned as a bright-red bird! Chase’s vet who had helped him cross over told me that on the same Saturday, a red cardinal appeared at her dining room window and looked in at her. She felt Chase’s spirit and thought he was thanking her. She’d never seen a cardinal in her backyard before (her feeders are in her front yard), let alone a cardinal looking in the window.

A friend told me of the saying, “Cardinals appear when angels are near.” I learned then that red cardinals are known as spiritual signs people receive from Heaven, and that the word cardinal comes from the Latin word “cardo,” meaning hinge. The cardinal serves as the hinge on the doorway between Earth and Spirit, delivering messages back and forth. Chase always had a strong desire to connect with people, so via the cardinals, he stayed connected with me.

The following Tuesday evening, I arrived home from work just before dark, after a chaotic day and a miserable commute. Once again, a single red cardinal sat at the feeder. He hesitated, as though to make sure I saw him, and then flew away. I felt Chase’s spirit, and the weight of the day disappeared.

One early morning later that week, Cayenne, Herbie and I went for a walk. The only bird around was a bright-red cardinal, singing at the top of his lungs. I heard him before I saw him sitting at the very top of the willow tree where he could watch us and serenade us on our walk!

The following Monday morning before going to work, I took the two dogs for a short walk. On our way back, just as I was stepping onto the front porch steps, I heard an insistent “Chirp, chirp, chirp!” behind me. A flash of red startled me as the cardinal flew right over my head. They don’t usually fly that close to the house! He landed high in the ash tree in the front yard and sang his heart out.

On Wednesday morning when I let the dogs out in the backyard before leaving for work, our friend the cardinal was sitting at the top of the willow tree, singing his song.

We continued to see and hear cardinals when we went for our walks. One day, about three weeks after Chase passed away, I took the dogs for a walk on a quiet country road a few miles from home. As we ambled down the road, a cardinal belted out his song. I had neither seen nor heard a cardinal on that road all winter, but there he was, singing in a treetop in his bright red glory. We missed Chase, yet we felt his spirit there moving right along with us.

Perhaps Chase had what all of us would want—a family who loved him and a life that allowed him to visit children at the library, go for walks, and enjoy his friends up until the very end. He was freed from his pain when it became irreversible and almost unbearable. And his spirit lives on forever in the bright-red cardinals that look in our window and serenade us on our walks.

The cardinals bringing Chase’s spirit have been a great comfort. They help me feel connected to Chase and eased my sadness and pain at his passing.