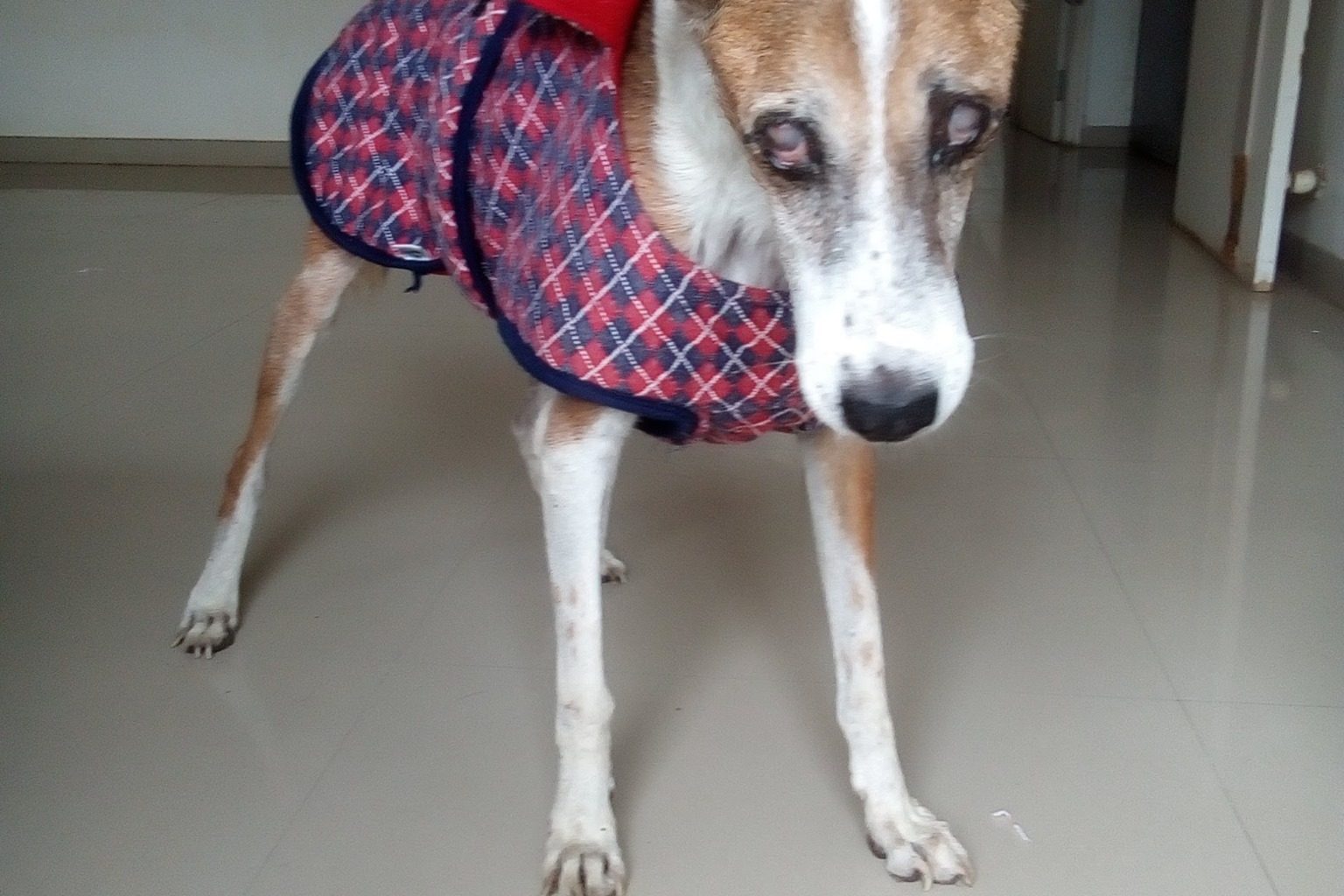 From November 2007, Dixa Babu sang barked to welcome his human mother everyday. It was followed by a tight push in an attempt to make Maa fall. He was brat, a right hand man to Mukhiya Ji and went about throwing his weight to bully Fringy and Socks. The people around termed him dangerous just because of his barks, to me, he would rub his head on my jeans. Despite the hardships of the roads, he always had a vivacious smile and a song to sing.

When he lost his best friend, Mukhiya ji, on 30th April, 2020 to a hit and run, he began to suddenly age. For two days, he was off food and water. The roaming around stopped, appetite went down and he became a silent shadow of his former self.

In March, 2021, Dixa Babu was about to be mowed down by a mini truck but I stepped ahead to block the access. He had developed vision issues Plan of action was – show him to the vet, take his medications – bring him home. Then COVID struck Maa. I got Dixa Babu picked up by a private clinic.

As soon as our quarantine got over, I rushed to get Dixa Babu home. A lady who was cleaning at the clinic looked at the two of us and said, “I have seen people abandon dogs in old age, and here you are taking an old street dog home!” I couldn’t say anything as I welled up, she understood the emotion.

With home-coming, it was our turn to sing lullabies to Dixa Babu. His heart had grown weak, vision impaired due to advanced age. He had limited time in hand but we made the most of it. When he lost his vision completely, his sense of hearing and smell became supremely powerful. At the drop of a hat, he knew multiple meals with a varied menu, love, attention would follow any hour of the day. He became a pup. He snored while I worked. He snuggled to me for comfort when his heart did not pump well.

On 27th May, 2021, he had an anxiety attack. Timely response helped him initially but then his system began to close. He wanted to go and I let him go on the 1st of June, 2021. It wasn’t easy. He sat on my lap and went staring at me with his opaque eyes. He had become a habit. But there was solace too. He did not die of neglect at a shelter, but came to his home to live the last fifty four days of his life to the fullest, with people he had known all his life, had new canines to call his family, unlimited number of meals, a bed, a jacket and love and the joy his homing brought under the most challenging of circumstances.