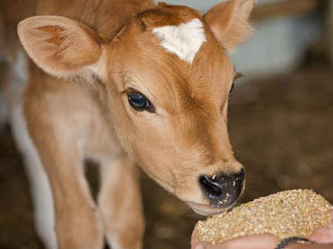 The news of my father being transferred to Agartala had just broken out in our family. This had made my Grandfather in particular very skeptical. It was natural for any caring father to worry because North-east India was a hotbed of Left Wing Extremism. Episodes of Public Sector employees being kidnapped for a good ransom were well known.

Amidst this pandemonium we finally reached at Agartala somewhere in 1994. Thankfully neither I nor my sister were old enough to understand the commotion. As things started settling down, we began accommodating to the new environment. I must say Agartala’s beauty grew on us each passing day. The Seven sisters of India have a thing about them. They can make you feel the goodness of nature up close and personal. Every day you might come across a unique coloured flower, a strange shrub, a different patterned gecko or a completely new species of mammal. Agartala’s diversity of flaura and fona would surely make it a nature lover’s paradise.

Exploring this unknown land my mother and sister had made new friends around the colony we were allotted. Being extroverts it came naturally to them. On the other hand my father being assigned both the Tripura and Calcutta project had little or no time to even think about this new place. I being loner of the stock had to accompany either my sister or mother.

As few days into the new life, I was enrolled in a school. That is where my formal education started. Faces other than my family baffled me. Unlike my sister I was never a people’s person. I never liked going to the school and the monotonous routine. This monotony was broken one fine day when a cow’s calf appeared in front of our C-Block out of nowhere. My curious 3 year old mind wanted to meet the calf. “After all it is not a dog, would not bite me” said my mind. My mother accompanied downstairs with some fruits. There she stood with the most innocent big black eyes flapping her ears. Light brown in colour with a prominent strip of white hairs in the middle of her forehead which seemed as if someone had put a ‘Tilak’. She happily took the banana my mother had to offer and demanded for another. I snatched it from mother and quickly gave it to her. She then joined other cows that were just few metres away gnawing some grass.

A couple of days later the calf came again. I and my sisters ran to meet her. This became a routine and in few weeks I had even named her ‘Gauri’. Gauri became a great friend. She did not need words and the socially awkward I was most comfortable around her. Even Gauri had become well familiar around humans. She now did not hesitate to enter C-block and would wait for us near the staircase. On one occasion my father came along and caressed Gauri’s neck. Gauri lunged forward for some more of it.  She would enjoy her neck rubs from then on at every single visit and we enjoyed watching her moo happily.

Over the next years the bond grew stronger and C-block became Gauri’s mid-junction stop-over. You pat her head and she would nudge you in the most affectionate way. I thought of this to be a permanent affair but as the adage goes change is the only constant. The inevitable day had arrived. My father had been transferred to Calcutta and we had to move in 3 months. The short and sweet one and a half year bond was about to get disrupted. I remember creating a ruckus about leaving Agartala without Gauri. My parents explained that she had her herd with her. That was no solace o a 4 year old. With a heart ache I moved to Calcutta. Gauri’s thought kept flooding my mind and I would well up at the sight of any calf. A year later my father had to visit Agartala on a tour.  Inherently I picked up a paper and wrote a note to Gauri. My father promised to convey the message to Gauri. I don’t remember what I wrote. But what I want to say is “I miss you Gauri and I wish this world has more souls like you who don’t need words to comfort another being.”

Gauri remains the best part of our sojourn at Agartala. She assured that peace could transcend and calm the worrying thoughts of an unknown place in-famous for extremism.