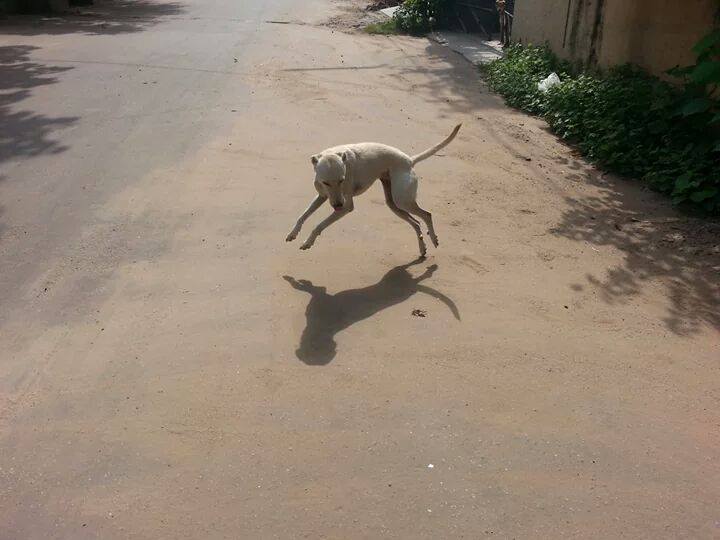 Gloria walked into our lives as a scrawny stray mother dog who was shivering in the winters of 2009. Back then, it took days to win her trust that my mother and myself were not trying to befriend her with the intent to harm, but to give her a good life. She got named Gloria for the beauty she was. A month down the line had come the first tail wag and a couple of months later, she was one of the friendliest we had on the streets of Baroda. She had become food secure too by then. The timing was perfect, she was taken for spaying. Upon return, she discovered a new herself, a life wherein she did not have to deliver litter after litter, but only live for herself. She became Gloria 2.0 version. That is the magic spaying does. In the already miserable lives that strays lead on the roads, spay/neuter is one of the best means to add a little dignity to their lives. So let us shed our myopic vision focused solely on feeding, rather let of all of us feed with a purpose, to spay/neuter.

Gloria’s happiness knew no bounds when she jumped and rejoiced either of us arrive. It is one of those moments I had kept my camera ready to capture her and own moments of bliss and peace. Gloria continued living her life under our care while she lived on the roads for another nine years. There did not go a single day when she was not fed and given the love she so deserved. In 2018, she just disappeared. Massive search yielded no results. The thought always plagues me, did she and others like her, the friendliest of the stray dogs, who simply disappear without a trace, do they end up in the dog meat trade or in animal experimentation laboratory? In instances like these, there is just no closure.