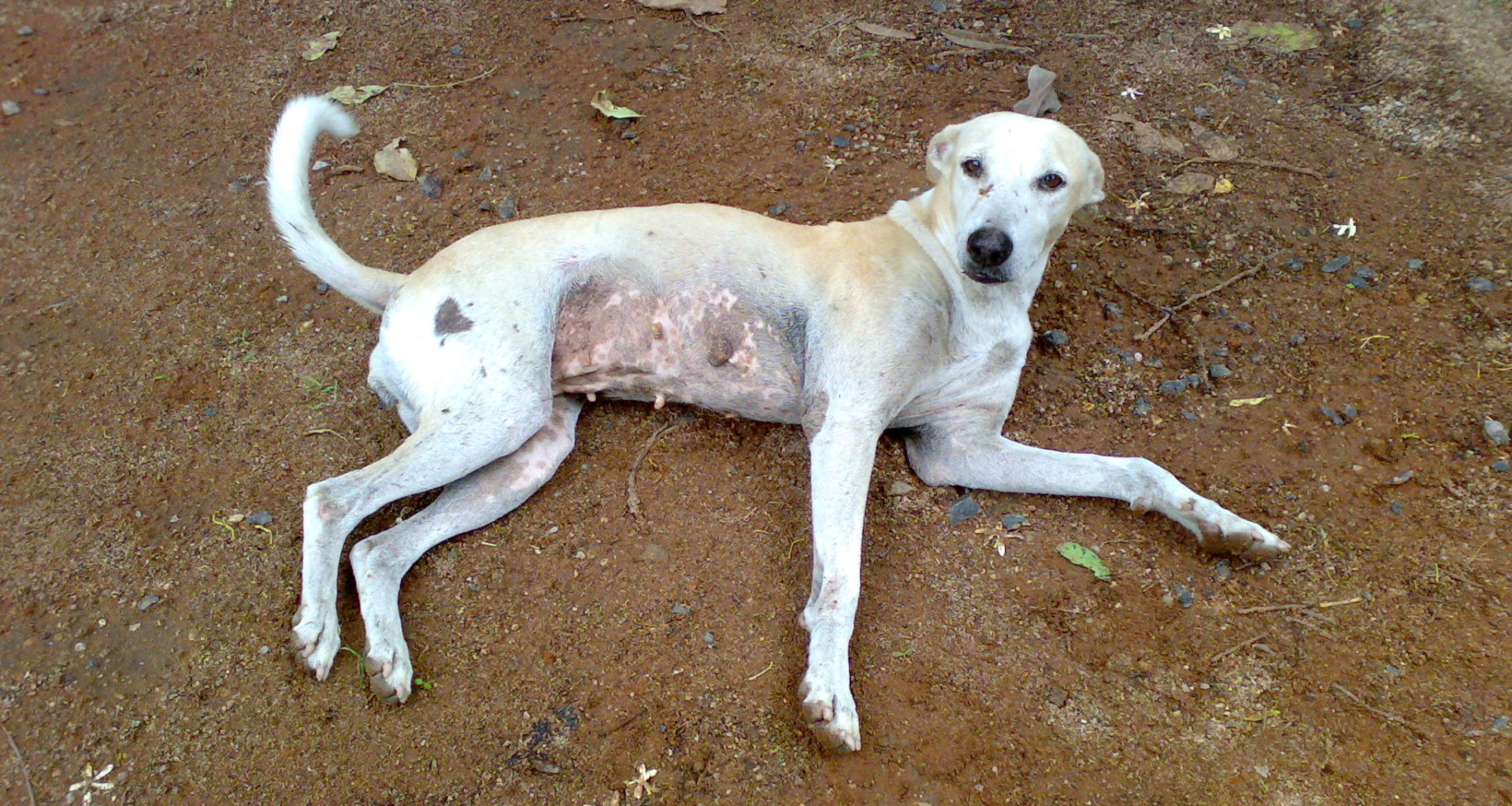 Goshi, the dog with soulful eyes

I stepped into college life in 2005. I had little idea then that it would mark the beginning of my lifetime association with the seven resident dogs of the campus. The first one I came across, was a beautiful white female stray dog who had recently then delivered. She got named Goshi. She was overtly friendly. Lunch hour meant we would be together and she would finish off most of my tiffin, in addition to the daily food I got for her. A month down the line, she trusted me enough and brought along eight of her about two month old pups.

In just a fortnight’s span, one by one, five of the pups perished to canine distemper and only three were left; a brindle coloured female pup named Tuki, a black and white female pup named Jukjuk and the philosopher pup named Guchguch. They were disheartened as most of their family had perished in no time. Goshi was heartbroken and depressed, but for the sake of her three surviving pups, she put up a brave face when they were around. When the pups turned four months old and independent to live on their own, Maa took Goshi for sterilization, to put an end to emotional, physical and nutritional cycle of drain for once and for all.

Goshi loved life after that. She did not have to go fend for food for her children or worry about their well being, rather she started to live for her own self. She would go about bossing on Rani, her subordinate and come along with me to play with Tri. It was a new lease of life for her post sterilisation. Her eyes glowed with love and her love for life that she began to lead on her own terms.

In March 2010, someone recklessly drove over her. Goshi’s spine was affected and she became paralysed waist down. Exactly twelve years ago, on the 5th of April, 2010, she breathed her last. Was this just for a soul full of life? If you feel the pain of Goshi’s death and scores like her who are mercilessly run down or left crippled for life, please come and join the movement to Give Animals a BRAKE. Please sign and share the petition to support the cause.

Appeal by Manisha Das -'Give Animals a BRAKE'