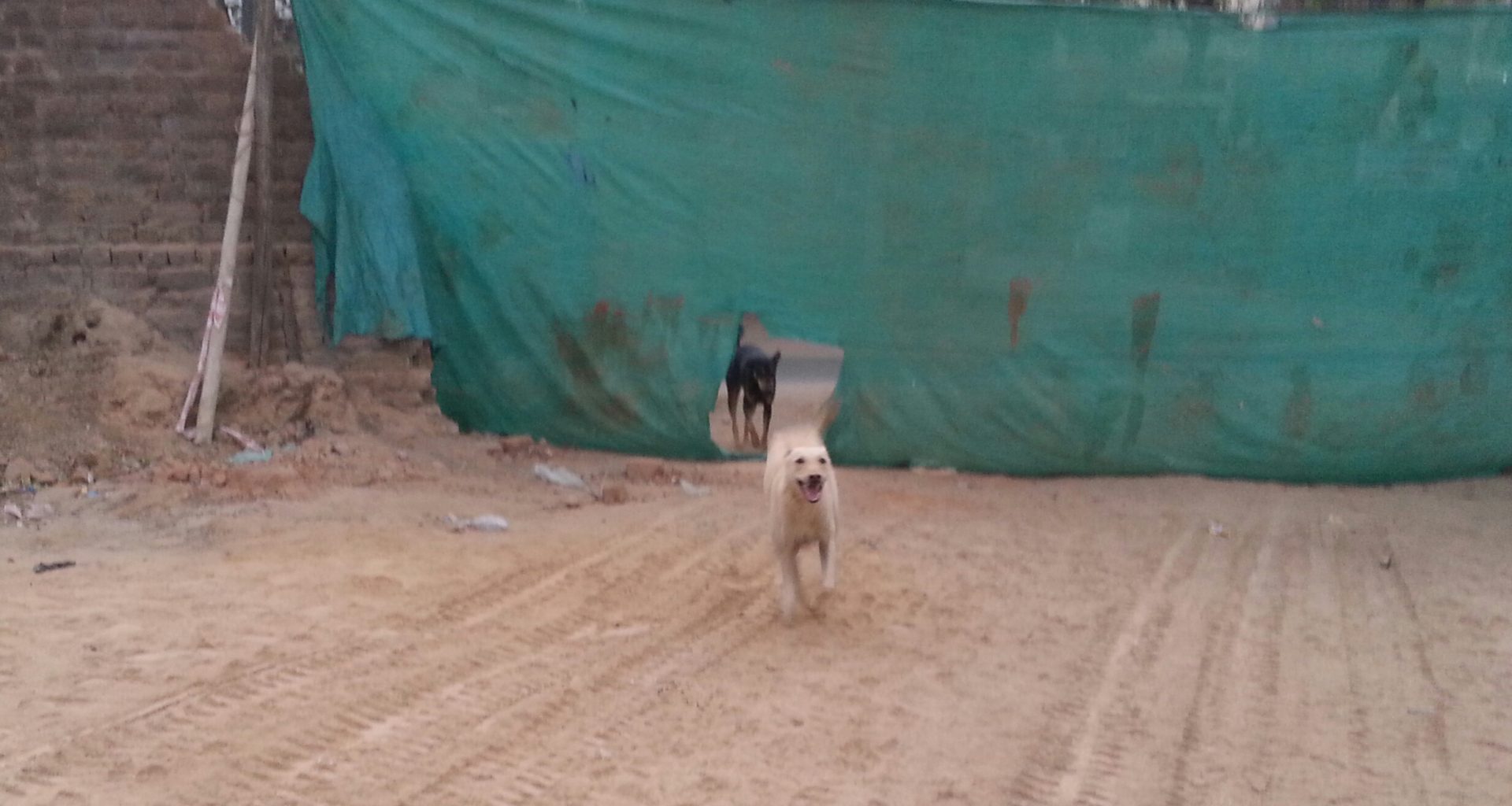 Happiness is watching someone you love rush to greet you

It was the year end of 2012. A good Samaritan had tipped me off about a stray dog who had sustained grave injuries on his neck.

The following day, I turned up at the said location, which was about five kilometres from my residence. The dog was not there. I asked around and learned he was a shy dog who was mortally afraid of us humans beings. It dimmed my hopes further. However, I continued to search for the dog, in the morning before my college begun and in the evening after the college. When even that did not help, I began with a third round, post dinner.

In that time period, it was nothing but one after the other fruitless search, for ten straight days.

But, I was not the only one who was looking for him, I found company in two local stray dogs, whom I later on named Blacka and Whita. Two of them did not leave me even for a minute ever. Before every round of search, I fed them stomach full (three meals in a day) and the three of us scoured every possible place to look for the injured dog. The duo stuck close to me even when the search took me to an under construction site, wherein the labourers had reported about seeing the injured dog.

One human and two accompanying dogs became a common sight for the locals. That was the loyalty of Blacka and Whita that I felt safe venturing even in the night at the under construction site.

I never found the injured dog, I failed miserably, but I had done all I could. Searching a two square kilometre area helped me identify the local strays who needed help; there was one scabies ridden dog whom I successfully treated on the spot, and Black Whita found a girlfriend for themselves, named Pari. Since she had an unclipped ear, I took her on a priority basis for spaying. The trio lived happily on the streets as their home for years to come.