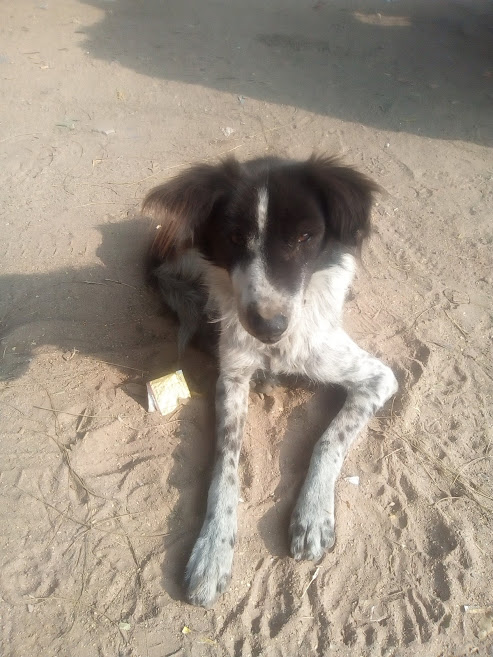 It is such a happy feeling when a dog does not need your time and attention at all as he/she is well fed and happy in their own world. One such dog for whom Maa and me were never worried about was Hercules. He was in his youth when Maa had spotted him for the first time in 2016. When she stopped by to feed him, he had rejected her food and went instead to boss around on his pack. She saw his everyday while she left early in the morning to feed and look after the well being of scores of strays that await her every single day and even during return during lunch time, Hercules had little time for her. Maa was very happy. She got Hercules neutered and vaccinated against rabies. Hercules built on his health further and ruled his spot until age caught up on him.

The next day, he was all dull and lethargic and I rushed him to the vet. He was left with no strength even to protest when I picked him up and put him in the ambulance.

He was put on intravenous fluid by the vet while we awaited his blood analysis. He had baby food from my hand while the fluids ran. He did not wag his tail for me at all, but there was love in his eyes. “When did you grow old, Hercules? I always loved you,” I told his soulful eyes that looked at me like an ailing child does to his mom.

His reports were gut wrenching. His kidneys had failed and his complete blood count was beyond repair. He left on the 13th of January, 2020, wearing Butter’s collar, with his head on my lap while I cried hysterically. The brief togetherness had bonded us for life.

The only solace I have, he got a burial, something that most strays are fortunate enough to have to atleast have some dignity in the end. On the last day of his life, Hercules was owned. He was mine.

Every time when Maa and me pass by his location, we can still see Hercules, but he has a halo around him.