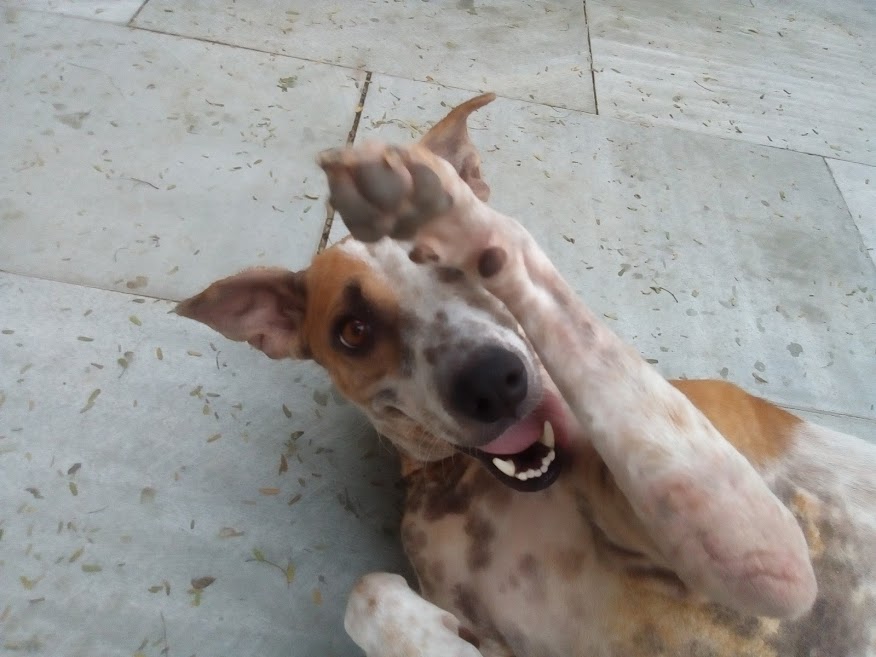 This happened two years ago, 7th of November, 2020. A scrawny middle aged dog was lying on the side of the road. She had a bloated stomach and a tennis ball sized maggot infested wound on her left thigh. Maa rushed the dog in an emergency. By that evening, seven litres of ascetic fluid was drained off her abdomen, the wound cleaned but she had an extensively damaged liver and critically low blood albumin level. If that was not all, she had tick fever too. Her odds of survival were meagre. A week later, she, named Jammy by then, arrived home on 13th November, 2020 with Maa, as the clinic was about to close down for Diwali. This child, who had defeated death, by miracle, had a long road to recovery. Her eyes were fear riddled when she entered home, not knowing what a home set up meant. Then, there were other dogs too, the permanent residents, at home. She was afraid of them.

Fast forward to present day. Jammy is the healthiest dog at home with the most enviable muscles. She has a canine family that is not related to her by blood. She loves to play with Zenobia, a friend who is half her age. She cannot go to sleep without a pillow under her head. She loves petting.

Miracles happen. They just need a tinge of madness.

Do you have a miracle story to share? Please write to us at bridgingrainbows.india@gmail.com to be featured on Bridging Rainbows blog

Suzy was lost to a hit and run. Give animals a BRAKE