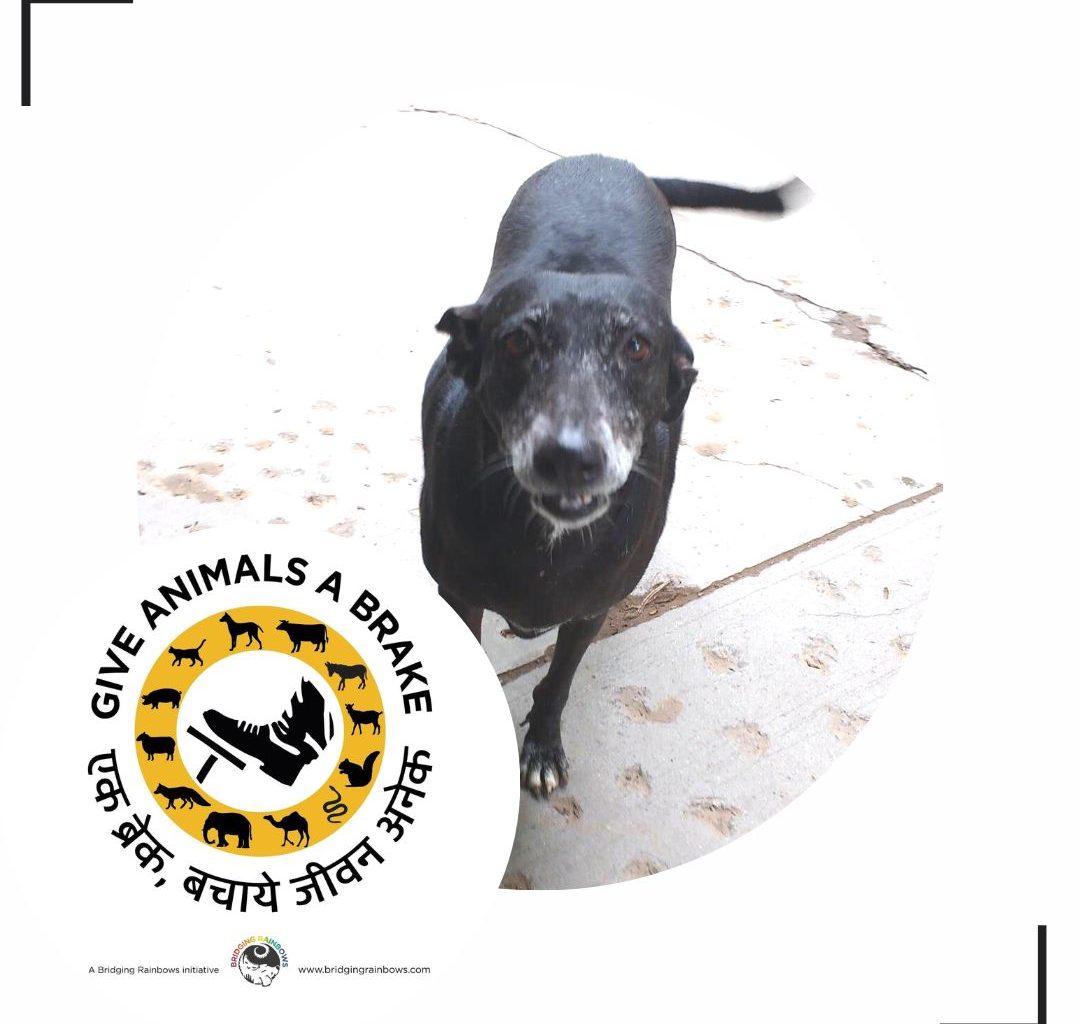 Karappi, the happy dog, was mercilessly run down. Give animals a BRAKE

Mondays are dedicated to ‘Give animals a BRAKE’ campaign, so here is the story of our dear Karappi.

The rains of 2009 brought Karappi to us. A tea stall owner at one of our locations informed Maa about a heavily pregnant stray dog who was roaming around in search of food at a place that was a kilometre away from that spot.

In our first meeting itself, she turned out to be a very friendly dog. She began to have food twice from us. She became food secure and her roaming around in search of food in heavy traffic came to a complete stop. She delivered a fortnight later a litter of four pups; Motan, Baldev, Hawa Hawai and Suraj. She was a super proud mother. Four months down the line she was spayed, while her kids were taken only when they grew up.

It was a happy family that was reassured of food everyday, in addition to love and care. Infact, with time, food became less of their concern and the food time was actually more of bonding time for us.

That one constant all the while we had Karappi right from the time Karappi walked in heavily pregnant, when she delivered, when her pups grew up, when they became adults, was peace on her face and a beautiful smile.

Karappi had aged, those wrinkles, faded fur and glazed eyes were a sign of that. She had become a graceful old lady, who loved the comany of her children all the time and had smiles to offer to even those who negated her presence. Karappi meant happiness.

Then, on the 7th of August, 2017, she was lying motionless. She was ruthlessly run down. That put an end to the presence of one of the most beautiful souls we had. If you feel she deserved better, do give animals a BRAKE.

If you want to become a part of the ‘Give animals a BRAKE‘ campaign, write to us at bridgingrainbows.india@gmail.com