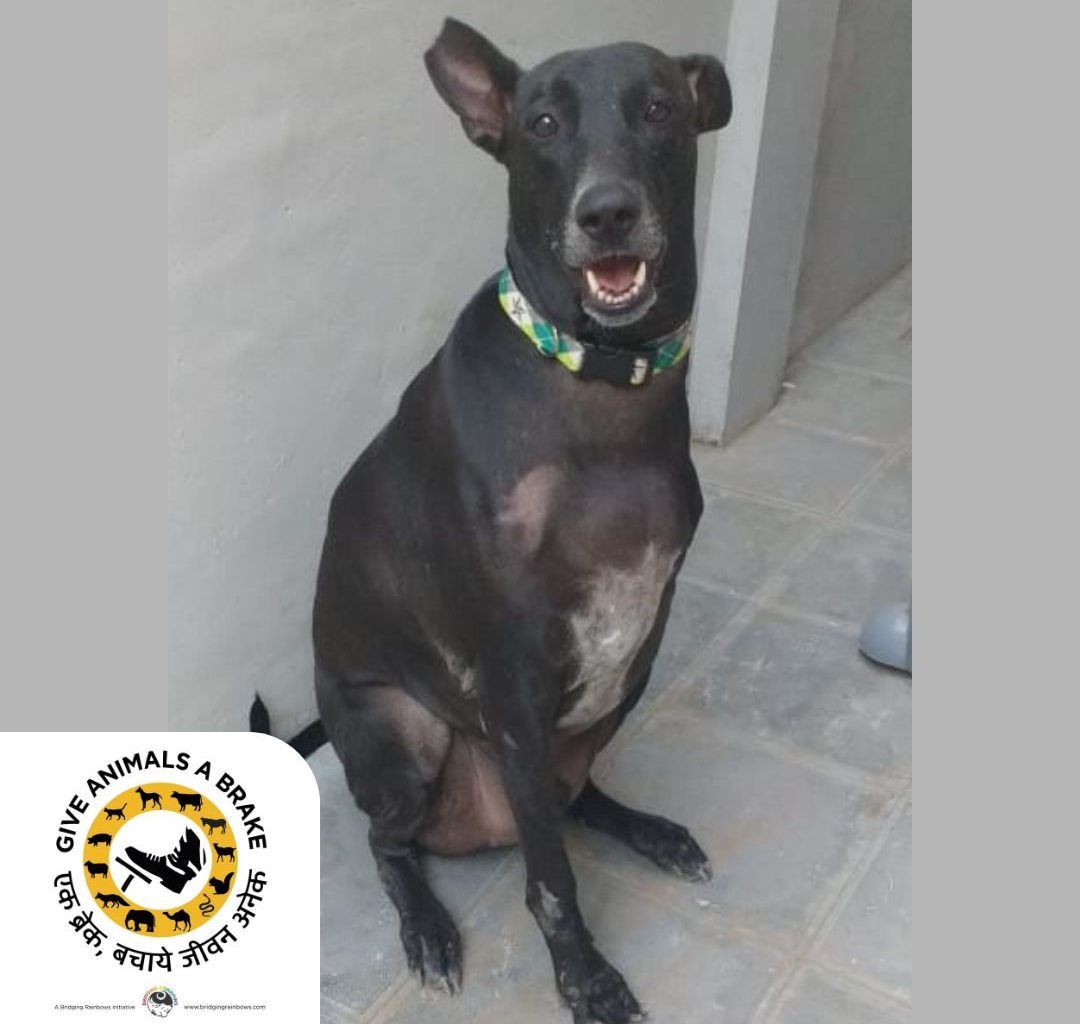 Ronaldo, the three legged hero. Give animals a BRAKE

Ronaldo was not even a year old when he was dragged under the wheels by a car for close to five hundred metres. The driver was not only blind, but deaf too to the screams of Ronaldo, because he/she was busy talking on the phone while driving, as narrated by the locals. Good Samaritans stopped the car and pulled Ronaldo out. Too much damage was done by then. He then underwent two botchy surgeries by a novice insensitive vet. Then an expert surgeon saved Ronaldo’s life by operating upon him for the third time and that is what brought Ronaldo home. Thereon, he became our Ghodu / Godam Baba and a star of our home. Close friends who dropped by, were in awe of his energy, especially during the play time when he turned out to be more powerful and able than his four legged counterparts. All of us actually forgot that he did not have a limb.

Our son was a hero. In 2015, Ronaldo even led a rally on three legs. He once stopped a six feet cobra from entering our home by barking to alert us and blocked the snake’s access to the house.

We used to celebrate the first of December as his birthday. It was the first one without him but his teachings will live with us forever. It is the spirit of life that matters, and not the number of limbs.

In Ronaldo’s fond memory, do give animals a BRAKE https://chng.it/Pkxwx4Kb