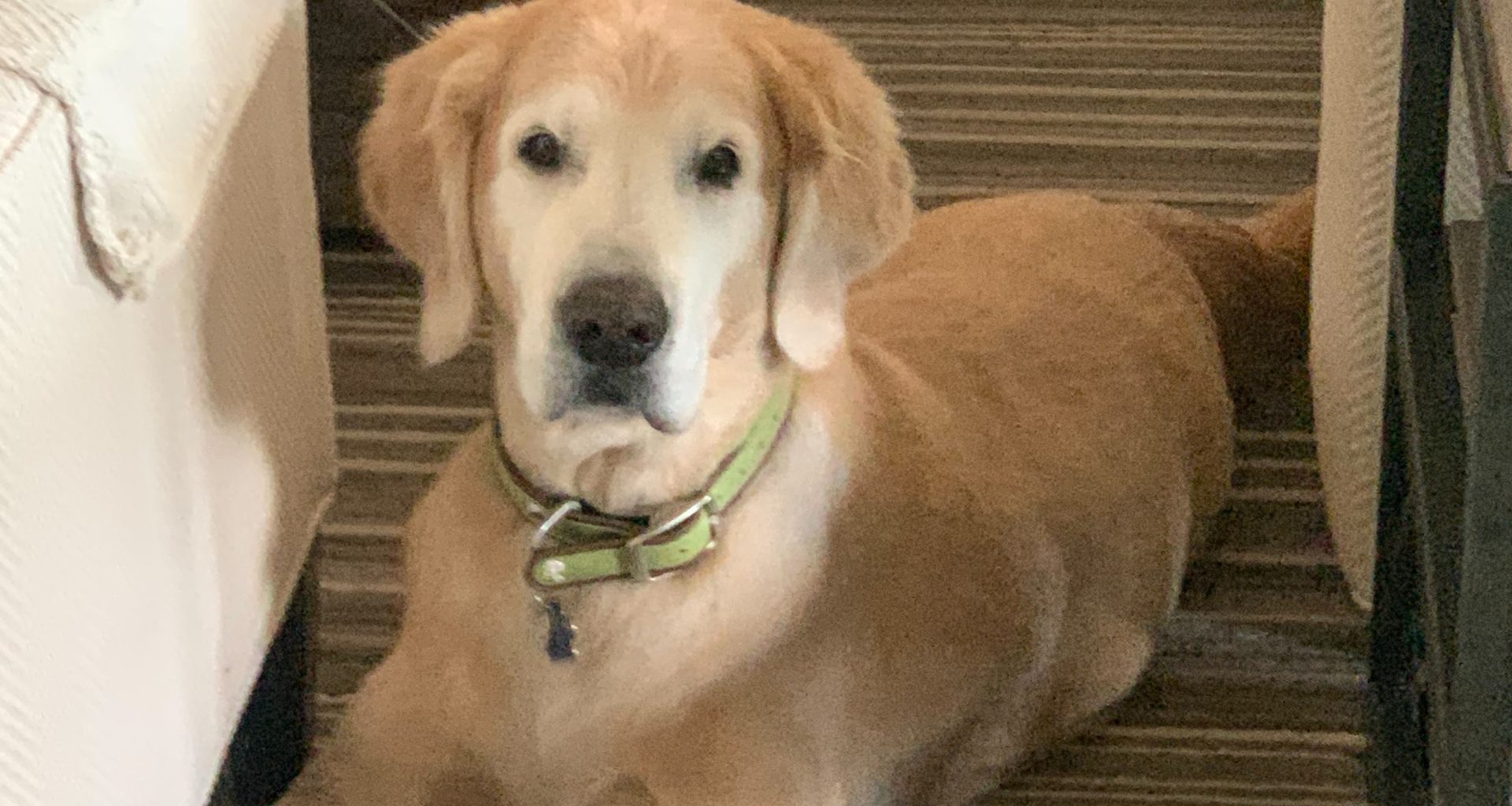 This is my Best Friend, Dublin for the last 13 1/2 years. My ex husband & I raised him from 8 1/2weeks from a place in Temecula! He had the biggest paws you could imagine- so we named on his AKC Pedigree Sir Dublin Big Paws.

Years later, my ex & I later split &I promised Dubs that I’d always take THE BEST CARE OF HIM! I knew in the back on my mind (Gosh when it’s time to let this dog go, I’m going to be 5000x’s worse than the last Golden who I didn’t even raise from a pup). My was my baby extremely spoiled, ate all natural foods was on a variety of supplements (the last year for a medical condition w/ NO SYMPTOM) & even drank AQUAFINA WATER! Yes, you heard that right, not because he was THAT spoiled but because his Holistic vet recommended- that if I really wanted to improve his status ‘reverse osmosis’ was the way to go.’ Which was great because we drank the same water!

He loved the beach &the snow. He loved the car! He was my Saturday AM Starbucks drivethru buddy! Just the word “Starbucks” he would jump around knowing it was time for a car ride! He & I had gone through A LOT of ups & downs over the years together but w/o him & his unconditional love, I couldn’t have made it through those difficult times. He was not only a handsome face, big dog, beautiful soft coat, he was the typical Golden gently, friendly, loved running & playing ball(even at age 13 1/2!).He was so smart too ! He knew his left from his right when either shaking or on his walks! He knew ‘go long or short’ when playing ball! He knew the types of toys he had & I swear to God this dog knew his color! Because his 1st toy was a pig, he always gravitated toward pink toys! It was hysterical! So he loved pigs! That whole, dogs are colored blind, I don’t believe.

This dog loved to hike, with yet another ex, he would always take us on these pretty sketchy hikes like crossing a bridge made of 2×4’s. Where Dubs fell in 1st & I jumped in to fish him out of the streaming water then on the way back, I fell in & Dublin jumped in to get me. Good wet times!

This dog would actually put HIS ENTIRE HEAD INCLUDING NOSE UNDER WATER to scoop up a ball or rock in which he was playing with! He was too funny! &bc I started getting his ‘golden coat’ shaved over the last several years, yes this dog mom bought a 90lb dog a winter jacket for Mammoth!

Never thought I’d be ‘that’ Mom, but I had too, he was freezing& literally freezing his balls off!

Well, w/so many wonderful memories, my 2021 ended w/such sadness &excruciating pain when Dublin had to be put down for unbeknownst reasons (well they found a cyst on his sternum &his liver enzymes rose).

You see I left on a Sunday &he was FINE! Happy, jumping, playful, he went for a walk, played ball even, ate breakfast &I even gave him his ice cream. Then 2 days later he took a turn & I scheduled an appt w/vet, my Dad took him in. The vet called me w/THE WORST NEWS, I wasn’t EXPECTING, so I had to make THAT difficult decision from out of state. That was the hardest thing I’ve  ever done, to let my baby go.

Ghoplu, a once waist down paralysed pup, now a runner