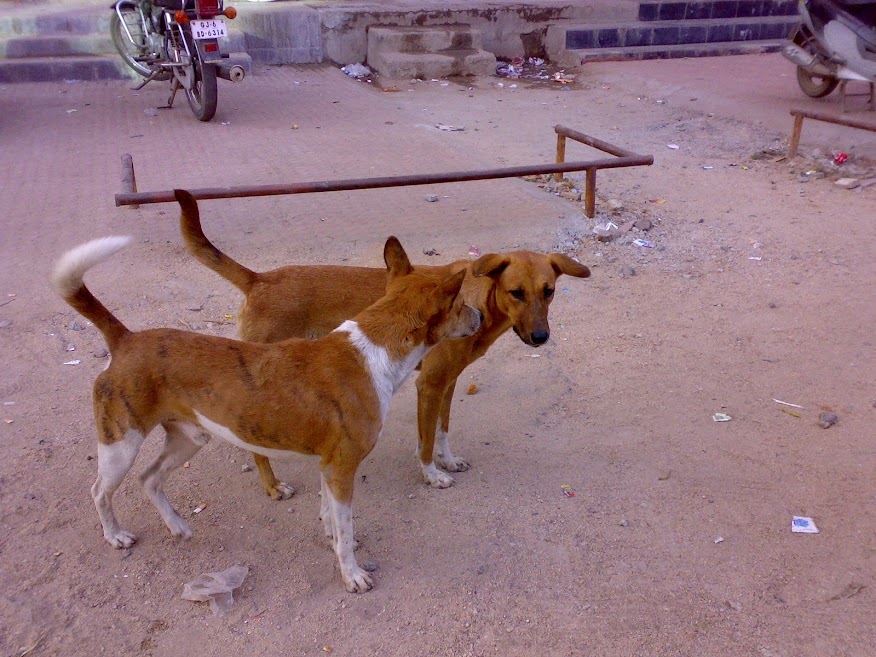 It was the summer of 2007 that brought Sweety in our lives. Harry was a few months old back then and Sweety appeared to be a young child. She was chirpy, mischievous, agile, naughty and had the most infectious kind of love that no one could ignore. For her fun-loving attitude, she got named Sweety, for the sweetness her presence brought.

She started to join in during the meal times and Harry found a play mate of his species. Our pack started to grow in size. That is the point from which Maa took over. She took them for their spay and neuter surgery, respectively and were brought back to their place in a week’s time, all healed.

It was only a matter of time that Sweety had to find someone of her age. Walked Gadha Prasad in her life as a devoted, but hen pecked soulmate. The love was to the extent that he would let Sweety polish of his bowl too. Because of timely spaying, Sweety’s pup like behaviour continued.

There wouldn’t go a day when she wouldn’t come jumping and running to greet either of us. But that was not so on the morning of 20th of April, 2019. My heart skipped a beat. The security watchman appeared with a tensed face and narrated what I did not have the courage to hear. The previous evening, when Sweety was sleeping on the side of the road she was mowed down by a lady driver. Sweety died on the spot due to fatal head injury. The lady offered money in return to those who came to protest the blood curdling cold murder of Sweety. If money was ever a substitute to a precious life lost.

Could the lady have blown the horn? Braked and allowed the time to Sweety to get up and move? Sweety gave us such wonderful memories for a lifetime, but it still hurts for the vicious end she met, us not getting the chance to say her a goodbye or even give her a burial. If you feel the pain of Sweety’s death, please consider giving animals a brake.