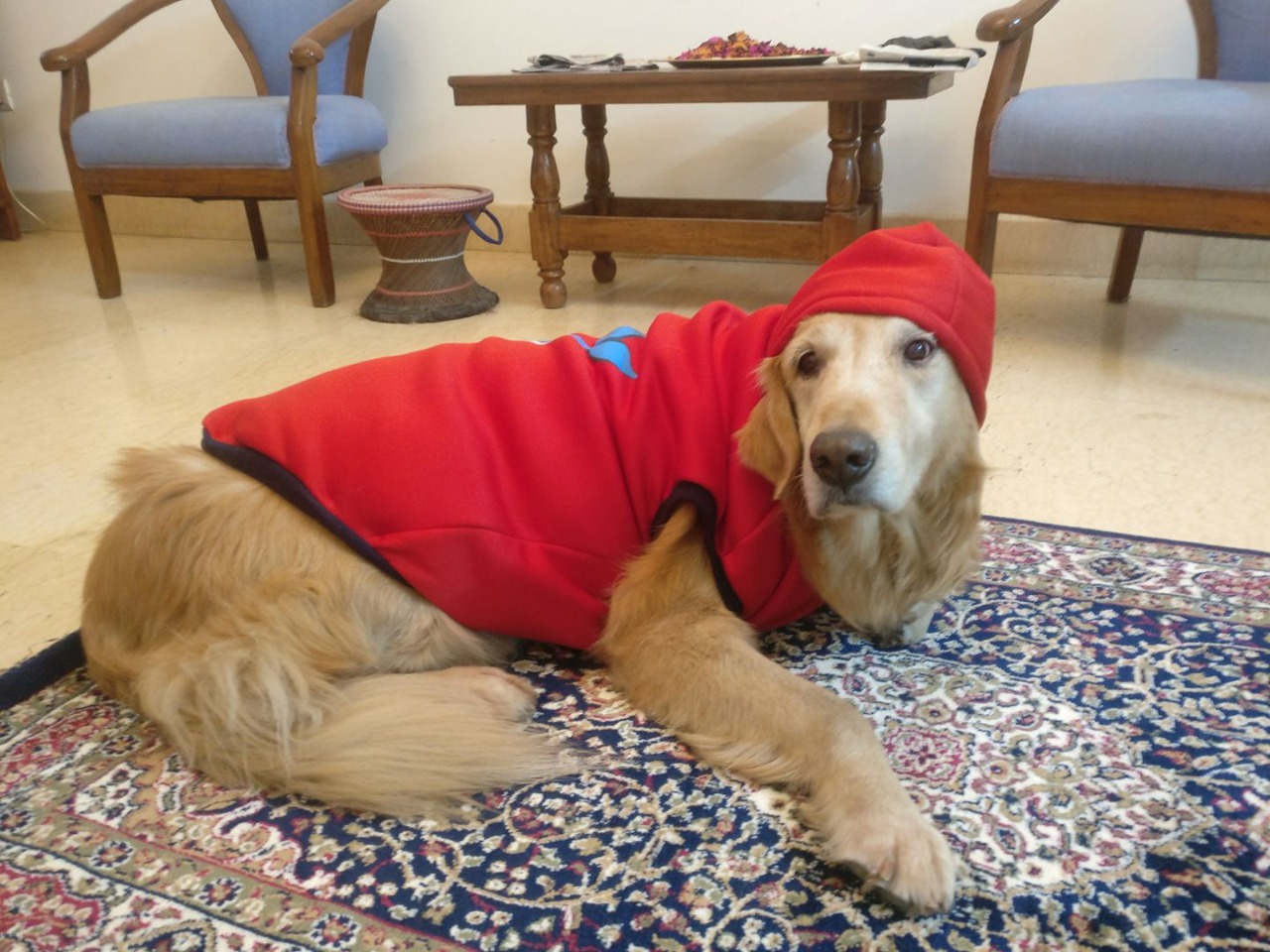 Home Toffee – a golden chapter in our life
ffond remembrance

Toffee – a golden chapter in our life

“But I don’t have a sibling. You should at least give me a puppy to play with.”

That was the initiation of Toffee’s entry into our life. Our son Aditya started complaining about his single child status when he was around five years old and demanded a puppy as a playmate.  My husband, Sanjay was also eager to have a pet dog. I am a dog person and in my paternal home we had several dogs. Yet I was unwilling to have a dog as pet. I knew it involves lots of work, dogs feel sad when left alone, and travelling becomes restricted with dogs. But these were not the only reasons of my unwillingness. I feel guilty about not being able to look after the last two dogs in our home when my older siblings left home and they had to be given away. I was a kid and found myself incapable of taking care of two dogs without support. That feeling of guilt made me apprehensive of failing again and that was the actual reason that I resisted the combined onslaught of father-son duo. Yet one day I gave up on the face of emotional blackmailing. Thus in November’2008, a forty days old Golden Retriever came to our Ahmedabad house in the evening hours. I proposed him to be named Toffee and it was unanimously approved.

Toffee was an adorable fluff ball instantly winning over all of us. On the first night he kept crying when put to his bed calming down only when Sanjay slept holding Toffee constantly with his hand. He had to be fed infant dog’s food, could not climb up or down the stairs and would urinate all over the house every ten minutes. But he grew up fast and proved easy to be trained – he could be housebroken in a weekend when I put sincere efforts into it. I could make him run on the treadmill just after two three supervised sessions! Toffee on the treadmill was a great source of entertainment for our family and friend circle.

He became a wonderful playmate to Aditya and an integral part of our family. He treated each of us differently. He worshipped Sanjay. He loved Aditya as a sibling and showed lots of sibling rivalry towards him. He would always chew Aditya’s slipper while never touched ours. Whenever we would be close to Aditya he would try to draw attention towards him. Later, as Aditya grew up enough to take care of him, Toffee slowly and grudgingly started accepting him as the big brother. He would come to me in any distress and treated me as the ultimate authority.

He grew up to be an enthusiastic young adult lording over our house. Our life changed forever trying to schedule our activities to accommodate his needs. Vacations became a project to make him part of it and hence choosing the mode of travel, searching for hotels after lots of research and deliberation. Yet we travelled a lot together. He came to us in Ahmedabad and went to Delhi and then to Jorhat to live. In Delhi we lived in four houses. He travelled with us to Baroda, Hrishikesh, Corbett, Bhimtaal, Amritsar, Goa, Bangalore, Orccha in Madhya Pradesh, Majuli Island, Nameri forest, Guwahati – in total he lived in three states and travelled to another six with us. He adapted quickly and was always happy to be with us. He was very easy to maintain – never destroying anything around the house, being always friendly even to strangers and well behaved in public places. He even took part in a 10 km heritage walk event with us in Orccha. In fact we went to Orccha specifically for that event and took permission beforehand so that Toffee can participate in that event.

He had a fan following wherever he went even though we never taught him any tricks nor groomed him in any fancy accessories. He was very handsome outside and full of joy and affection inside making him irresistible to most of the people. I have seen people mortally scared of dogs submitting to his charm. All our household helps doted on him.

Toffee was a rugged dog with hardly any health problem throughout his life. He loved food and always asked for it whenever we would eat anything. But age started catching up with him. Our first scare was when he somehow injured his back when he was around eleven years old and had problem walking. Luckily he could be cured with lots of care. Then we came to Jorhat. Jorhat seemed to suit him and in the first year he became more energetic. In ONGC colony he got lots of attention from kids and loved the socializing whenever we took him for walks. But as he stepped into thirteenth year, he started getting slower and slower. He stopped coming to door when we came home and spent most of his time lying in Aditya’s room as Aditya was mostly home due to pandemic related lock down. In September this year he started showing signs of extreme lethargy. Then he developed swelling in his right side due to suspected kidney problem. We had to make a stretcher for him to take him down the stairs as he liked to relieve himself outdoors. But for the last week of his life he simply stopped moving. He was suffering a lot and it was extremely difficult for us to keep looking at him helplessly as doctors tried hard and then said nothing more could be done for him as it was old age problem. We tried to take care of him as much as we could and tried to spend maximum time with him. I became apprehensive about more suffering on his part and begged him to go. He understood us well and seemed to have no grievance. On the day before his thirteenth birthday he showed signs of improvement and I became overjoyed. But that evening he developed fever and could not take food. He could not sleep and was restless the whole night. Somehow I was feeling extremely tired and could not attend to him as much as I would have liked. Towards the morning he kind of became listless. We took him to Aditya’s room from our bedroom. At around seven in the morning Sanjay was sitting by his side caressing him. I also joined them and after merely a  minute or two he breathed his last with a gentle jerk. Did he understand our helplessness and decided to relieve us? Did he forgive me for my incapability to share his pain on the last night of his life and let me be part of his last moments waiting to breathe his last till I joined them? Did he hold on to see another birthday with us? Did he choose to breathe his last in Aditya’s room as Aditya was not there moving back to hostel?

Earlier when the doctor gave us the ultimatum of few days, I talked to a colleague and with his help contacted a crematorium. They consented to cremate him there. So, afterwards we took him there where we could bid him an honourable farewell.

There will always remain a big void now in our life. But he will forever remain a part of our life too.

Zenobia, the life of our house