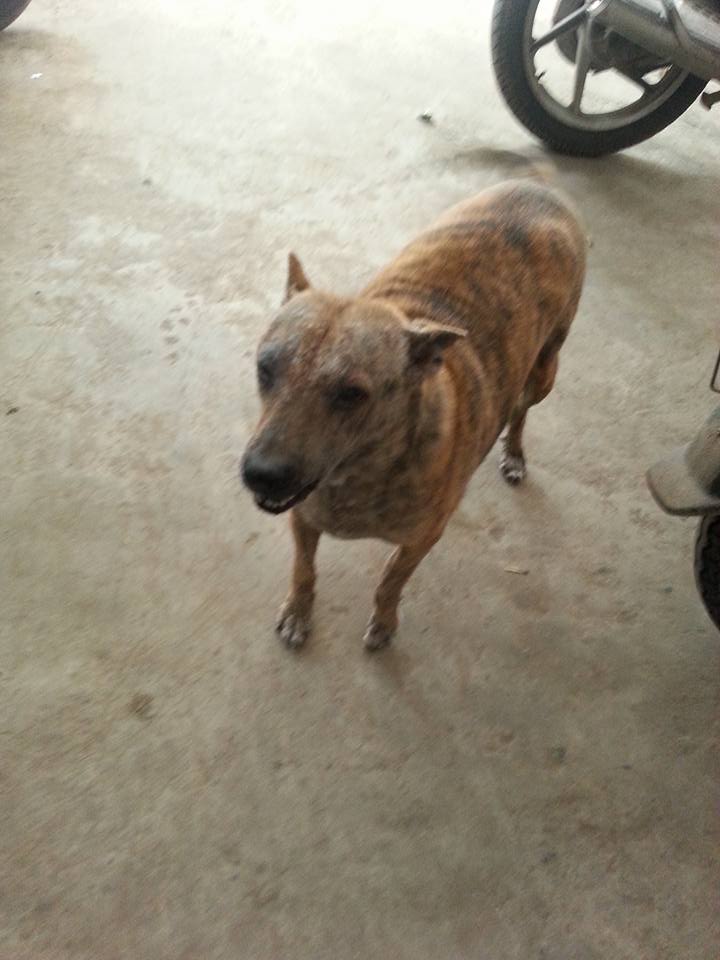 Home What did they do with you Khushi?
ffond remembrance

What did they do with you Khushi?

I woke up to a sound of a dog who had made a sudden howl, just like the one they make when they are caught at random. The clock had chimed three in the morning. It was the wee hours of seventh of December, 2015. Maa rushed from the other room in a state of deep sleep and asked, “What just happened?” “I guess it was Khushi, Maa. Let me go down and check. “Don’t go at this hour. It is dark and unsafe. I will check in the morning.”

I went back to my bed with no sleep in the eyes, but just fear. Something had happened to Khushi. Three hours later, when it was still dark, I left home for the airport. I was flying to Malaysia the same night for an oral presentation of a piece of my doctoral research, to be presented at a prestigious conference.

I peeped at the tower as I left, it was still dark. I hoped Khushi be fine. My heart sank when two hours later when I landed in Mumbai and Maa informed me that Khushi was not there.

My pounding heart drained away all the happiness I had of taking my hard work abroad. Even by late evening, there was no trace of her, not even when I boarded the flight late at night. Maybe, Khushi was the final victim they were successful to claim.

Khushi. A brindled colored female stray dog, was the newfound love of our Rheo, a brown tan male with whom our Butter was in love. Basically, it was a love triangle.

We named Rheo’s love as Khushi, because her face exactly resonated happiness. Her ear was not notched, so she was caught on a priority basis and taken for sterilisation. She returned hale and hearty and with an anti rabies shot. Rheo and Khushi were a match made in heaven. They complimented each other for the dynamic energy levels they had. Maa fed them morning and evening and they lived beside a commercial complex to our residential building. They both knew my return hours from the college. They kept hiding behind the bushes and popped out of the blue the moment they saw me. Then, the two would break into a chorus of sorts the vibes of which reverberated for maybe miles together. In order to let me go, I had to bribe them with a vanilla ice cream.

Life was all good until Rheo was battered on the head multiple times for sleeping in shade on a harsh summer afternoon. When he retaliated in self defence, he was proclaimed rabid by the goons. He was declared dead upon arrival at the hospital, due to multiple head injuries, his skull had been broken by the sadists.

We were reeling under shock. How could one be so vicious! In the days that followed, we saw the best and the worst that mankind had to offer. Maa filed a police complaint that was later converted to an FIR. As a return gift for seeking justice for Rheo, we got social boycott, public defamation and character assassination in return, a letterbox full of profanities written all over it. At polar opposite was the tremendous support from all corners of the world that demanded justice for Rheo’s horrific death. That maybe helped us maintain sanity in one of the most difficult times we had ever been through. But what about Khushi’s grief? She had lost her partner to a cold blooded murder. Who says animals don’t grieve? We watched Khushi sink emotionally right infront of our eyes.

Recalling the series of events is not easy. It leaves a lump in the throat, even some amount of anxiety. There was also an attempt of physical assault on us and we escaped because Butter came forward to protect us. Several attempts were made and we were told to take the complaint back. We did not. We never would. Summons were made to disappear, rumours were spread and what not.

Khushi was not Khushi anymore. She was sad. Then, Brufus migrated to live with her. When she had finally begun to pick up her life, Brufus was poisoned. She lost the little bit of life she had in her. Loneliness is all what she was left with. Her cries of loneliness were heard for days together until on the night of the 6-7th December, she was finally abducted. The tower had two entry gates, both of which were well guarded and barricaded and one could only enter if the security would permit to, after lifting of the barricade. The best part, the cctv was also not functioning, for obvious reasons. The security head had the guts to misbehave with Maa and me.

A police complaint was filed and as usually happens, the real culprit was never caught. The watchman who was there on duty on the night Khushi was abducted, was shunted off and it later turned out he paid a penalty of fifty and was let go. He was not even the culprit. What about the real mastermind?

Had we taken our complaint on Rheo matter back, could Khushi have lived in peace? But is that justice? Stray dogs are soft targets because the penalty is a mere fifty rupees for sadistic crimes inflicted on them. Was that the price of Khushi’s life?

We even went to the extent that we gave an ad for her in the local daily with the hope to find her. What did they do with Khushi? Killed her? Dropped her somewhere? Sold her off for dog meat? Deposited her at a pharma lab for animal testing? Six years today and there is no answer, no closure and the culprits roam Scott free. What about Khushi and what about our mental agony? It was, it is and it will always be the darkest day of our life.